The Olympics and the Cold War, 1948–1968: Sport as Battleground in the U.S.–Soviet Rivalry (English Edition) por Erin Elizabeth Redihan 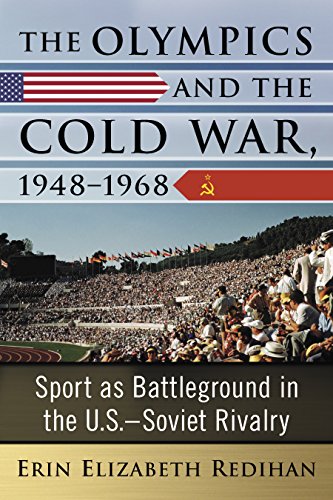 Erin Elizabeth Redihan con The Olympics and the Cold War, 1948–1968: Sport as Battleground in the U.S.–Soviet Rivalry (English Edition)

For Olympic athletes, fans and the media alike, the games bring out the best sport has to offer—unity, patriotism, friendly competition and the potential for stunning upsets. Yet wherever international competition occurs, politics are never far removed.
Early in the Cold War, when all U.S.–Soviet interactions were treated as potential matters of life and death, each side tried to manipulate the International Olympic Committee. Despite the IOC’s efforts to keep the games apolitical, they were quickly drawn into the superpowers’ global struggle for supremacy, with medal counts the ultimate prize. Based on IOC, U.S. government and contemporary media sources, this book looks at six consecutive Olympiads to show how high the stakes became once the Soviets began competing in 1952, threatening America’s athletic supremacy.